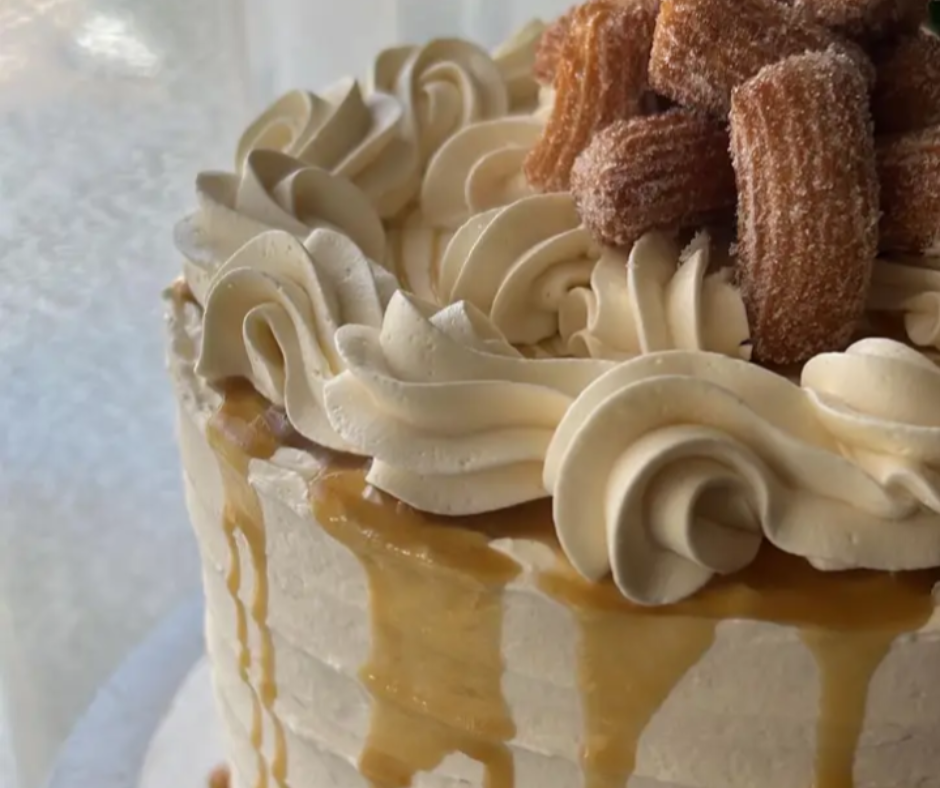 Dia of Pastel is a vegan bakery in Olympia owned and operated by resident chef and longtime professional, Haley Lopez. The bakery specializes in making rich and flavorful cakes that are always vegan and sometimes vegan and gluten-free.

Hailing from Fresno, Calif., Lopez was born and raised in the Central and San Joaquin Valleys. Lopez moved to Olympia to carve out a culinary future for herself at 22 after falling in love with the natural beauty and lush forests of the Pacific Northwest.

Haley is on a mission to challenge preconceptions about what a vegan cake can be. Olympia Bakery Gluten Free Cake Mix does not come from a box or premix. Haley has carefully crafted her own gluten-free cake batter recipe that emphasizes flavor and texture true to a decadent dessert instead of a healthy dessert alternative. It can be very difficult for sugar obsessives to give gluten-free or vegan cakes a chance when the market is dominated by products designed to be good for you and low in sugar.

Haley brings the cultural flavors of Mexico to life with a rich vegan cake at Dia del Pastel. Spanish for “Day of Cake”, Haley founded Dia del Pastel in 2020 when the enforced lockdown reignited their passion for creating savory recipes based on classic Mexican flavors and native plants from the Pacific Northwest.

Dia del Pastel sells slices of cake and whole cakes in classic Mexican flavors such as horchata, tres leches (three milks), tajin, chocolate rose, and Lopez’s signature el Cafecito, which is a small mix of cardamom and star anise extract in a coffee liqueur using ebarra. Ebarra is 100% dark chocolate that has been ground and poured into bars by hand and imported from Mexico. Lopez brings authentically inspired recipes into their cakes as well as more modern flavors such as golden milk tres leches. Golden Milk is a blend of flavorful spices such as cardamom, ginger, and turmeric that has been used in Ayurvedic medicine for centuries.

Haley has also developed her own plant-based recipes that layer the creamy textures and sweet flavors of classic American desserts such as Cookies and Cream Cake, Classic Chocolate Cake, Mango Cream-Filled Cake coconut and lychee buttercream with a lychee boba filling, as well as gluten-free strawberry cake filled with coconut cream and strawberry jam.

Haley is passionate about using her small business platform to connect and inspire others on social justice issues and BIPOC issues within the community. “On my social media, I do my best to help promote BIPOC people in need, resources for people who may need them, and especially to make sure that the indigenous and black/brown community of Olympia is seen,” shares Haley. “As a small brown and Indigenous business owner, I now realize how small this community is here and hope to encourage others at BIPOC to pursue business ownership, no matter how small. .”

Dia de Pastel has high hopes for the future, with plans to expand operations to include bulk orders, more custom orders, and exploration of native factories in the Pacific Northwest. Haley is excited to bring fall candy mushroom cake and pumpkin recipes outside of the pumpkin spice flavor palette inspired by their Choctaw heritage.

Vegan cake isn’t something you routinely find in the frozen section of the grocery store and an Olympia baker is there to change hearts and minds, one slice of cake at a time. Dia del Pastel is here to prove that vegan, gluten-free vegan cake can be absolutely decadent and flavorful.

Try it yourself by buying a slice at Cemetery Coffee Collective Where Stellar Juices Stay up to date with pop-up markets by following Dia de Pastel on Instagram and on Facebook.

Whole cakes and cake slices can be ordered at Website Dia de Pastel for any occasion.

Can innovative industrial properties survive the rest of 2022?