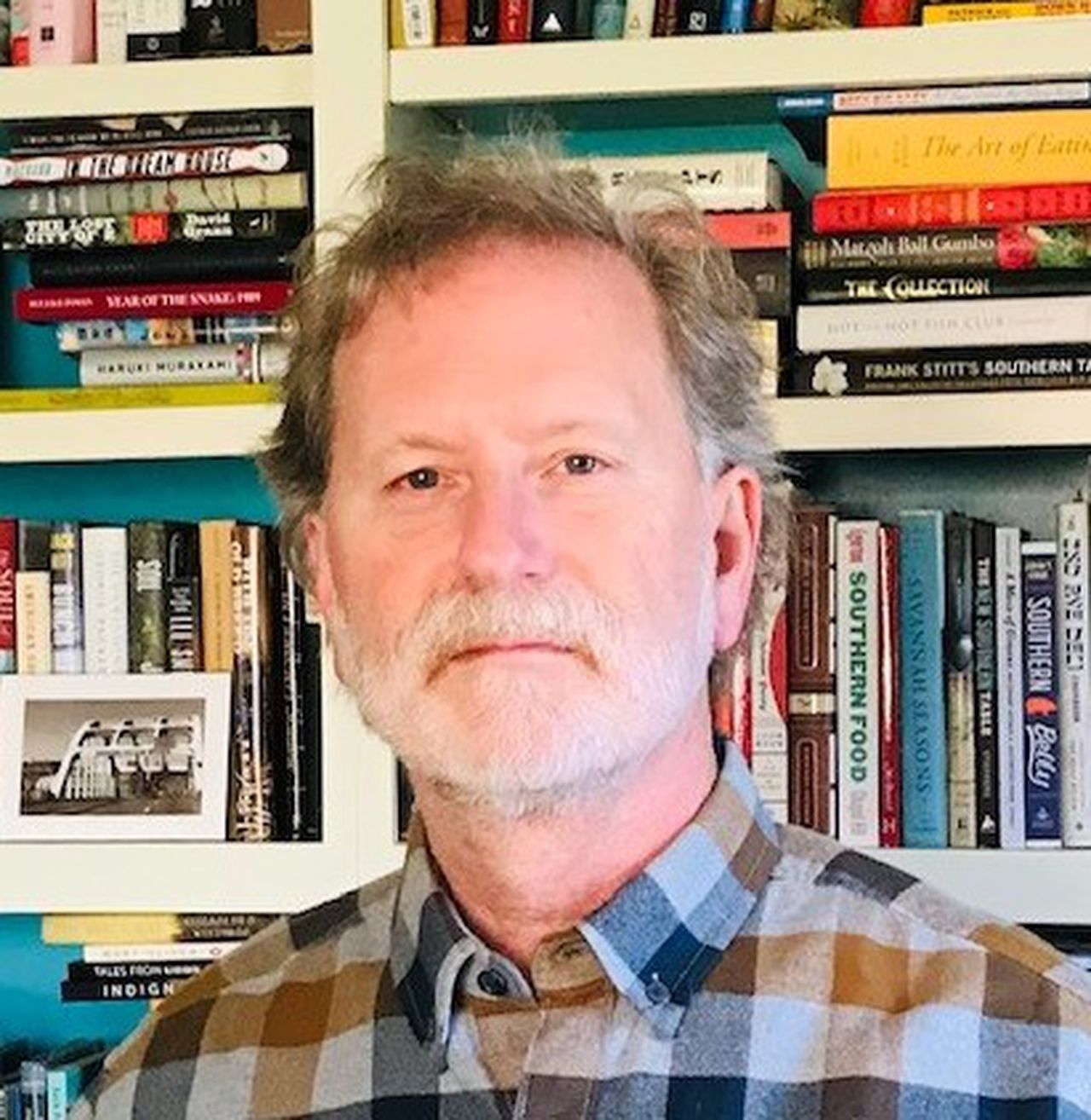 Did you know Birmingham had a counterculture?

by David Sher BackCity to give voice to the people of Birmingham and Alabama.

My brother asked me the other day if I remembered a place on the north side of Birmingham, 1st Avenue to be exact.

A place run by an old Bessemer, a friend of our mother, named Jim Anderson. His shop was called: Seeds 4: Never Before Store.

Of course, I remembered it: a kind of Head Shop with old wooden floors and high ceilings – long and full of stuff, although organized in a certain way with a certain hippie logic – which also sold antiques and various forms of “Mod” merchandise, mixed with kitsch Americana.

A place where you might find a full-size red phone booth in the store; where you can buy a pair of Amelia Earhart’s glasses or “We Want Wilkie” pennants, or life-size cardboard statues of John, Paul, George and Ringo from yellow submarine.

A place where my brother and I bought posters of Monkees and Beatles, Bridget Bardot and Raquel Welch (or rather, our mother bought them for us, because at that time – 1967/8 – we were only eleven and seven respectively years). All varieties of incense and Love Beads.

I didn’t know exactly what Carnaby Street looked or meant in London, but if you had asked me then, I would probably have said, “Just like that – Seeds 4.”

After my brother and I talked, I started browsing other places in the Birmingham/Bessemer area that seemed alternative to me, and maybe others too.

Those were the years I started listening to and then collecting records – mostly 45s because even I could scrape together 77 cents to spend on the latest hit from The Strawberry Alarm Clock, Steppenwolf, The Dave Clark Five, Paul Revere and the Raiders. , or The Turtles.

While big stores like Pizitz sold records – and this was where I first saw the iconic Beatles album/cover rubber core-Bessemer’s Music Box was where I could find any old one I wanted even though I had to pay $1.00 for each. Located on 19th Street, one block from the Bright Star, The Music Box centralized music for me back when I often strolled downtown on Saturday afternoons right after seeing “American Bandstand by Dick Clark and so I was motivated to pick up something from Santana, Creedence Clearwater Revival or Smokey Robinson and the Miracles.

I grew up too late to experience Bessemer’s “Teen Town,” aka “the attic,” upstairs from an office also on 19th Street. Imagine a place where teenagers could go, hang out and listen to a jukebox. I wanted it so badly, but I had to settle for Pasquale’s, whose jukebox was at least current.

I know there were other Bessemer hangouts like The Underground, but in those still for all intents and purposes separate times, I never thought I could or should go. The same with Shelley’s Record Mart in Birmingham.

But in Birmingham I found places I could go in – that felt off limits but appealed to me because I was a teenager who needed something different – something that spoke to my culture no matter how deeply or not I felt part of this culture.

Again, I arrived a little too late for Joe Rumore’s Record Rack in Homewood, but found The Angry Revolt after it opened in the early 1970s. I discovered this heady place after listening to WJLN- FM which became a Free Form Rock station after being WJLD-AM’s soul station for years.

The Angry Revolt advertised all over WJLN (which later became WZZK), and they had a weekly special called “The Rip-Off Album of the Week” from The Angry Revolt, a special-priced album. I remember when the special of the week was Paul Kantner, Grace Slick and David Freiberg Baron von Tollbooth and the Chrome Nun. The album featured a song called “Sketches of China”, which I loved. Still, the entire record seemed too dangerous to buy, given how little I knew about the old Jefferson Airplane junkies.

The Angry Revolt began as a cafe and meeting place for the politically left-wing residents of Birmingham, founded by Ken Forbes, Jr, grandson of the founder of Forbes Organs. Visit the site BhamWiki for more information. But the store ended up selling records, “smoking paraphernalia” and waterbeds. It was strange, a bit forbidden, and therefore very romantically trendy to enter.

Perhaps equally hip was a retail store in the 5 Points West area, (a place near “Britches” that advertised “Scene Jeans by Liberty” all over WSGN). This other place, The Purple Mushroom I think, sold Mod and Hippie clothing, jewelry and other accessories for the rebellious youth culture. I remember the building and its purple mushroom design more than anything, but every time an ad was on WSGN I wondered what was going on there and how I could get there because at that moment I couldn’t drive there.

Other shopping and hanging venues opened around this time in the late 1960s and 1970s, including Charlemagne Records at 5 Points South and Oz Records in Eastwood and Midfield.

And nagging me is a bookstore/health food store on 11th Avenue South, The Golden Temple, just below the Birmingham Festival Theatre. I can’t remember what I might have bought or browsed there but it was only a block away from Charlemagne so was part of my rounds in this teenage attempt to feel part of it of Birmingham’s ‘cool’ scene.

I was able to drive at the time and also attended plays at the Festival Theatre, a haven for ground-breaking dramas from contemporary and avant-garde playwrights, founded by Carl Stewart, Randy Marsh and Vic Fishtner. Seeing any show there, especially something from Pinter, Albee, or Brecht, made me wonder about everything I didn’t know about my world.

Just in 1974, I saw these plays: “The Effects of Gamma Rays on the Worries of the Man in the Moon”, “From Berlin to Broadway”, “The Country Girl”, “Jacques Brel is Alive and Lives in Paris”, “Blithe Spirit”, “What the Butler’s Saw” and “The Seagull”.

All of this is not to say that I got involved and became part of anything alternative or counter-cultural in my hometown. It’s more to remind myself and others that despite all of Birmingham’s problems – its racism, violence and intolerance of foreigners – there are places I will remember, ‘all my life , although some have changed; some forever, not for the better. Most have left. Only the Golden Temple remains.

Yeah yeah yeah. I liked them all.

Terry Barr is originally from Bessemer. He has been a professor of English at Presbyterian College in upstate South Carolina since 1987. His most recent collection of essays, Secrets I’m dying to tell you (Red Hawk Press), is available at Amazon.co.ukand you can find it at medium.com/@terrybarr.

David Sher is the founder and publisher of BackCity. He has served as Chairman of the Birmingham Regional Chamber of Commerce (BBA), Operation New Birmingham (REV Birmingham) and the City Action Partnership (CAP).

How to save more, even as inflation bites into income