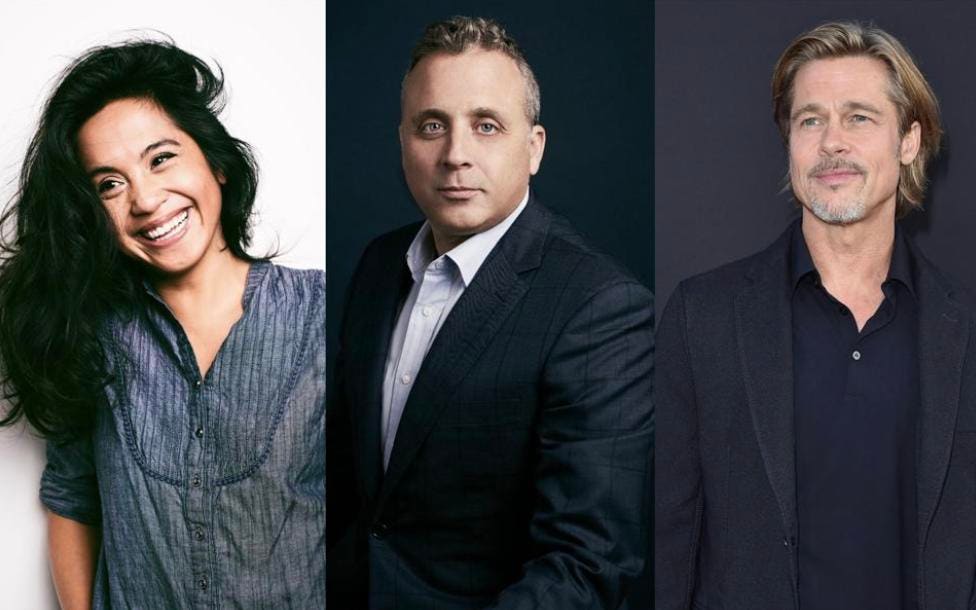 Enroot – Sparkling tea steeped in cultural heritage is meant to be savored, like fine wine

How Cris Patwa, Brad Pitt and John Fogelman founded a company to bottle ritual tea as a distillation of cultural heritage

In the Davao region is a small farming village nestled in the megadiverse country of the Philippines. Anchored in a terroir so rich and fertile that orchids, mangoes, coconuts and fragrant pomelos flourish with ease. This is where Cristina Patwa, CEO of Enroot grew up, around her Lola’s or her grandmother’s farm where picking mangoes with her cousins ​​when they were hungry or opening a coconut when they had thirst was the quintessence.

“The farm workers have become my extended uncles and aunts. My grandmother put a school on the farm and started feeding local schools run by nearby monks and nuns. I learned that the entire food system is never singular, it is inherently community driven. That’s what makes these villages thrive,” Patwa says of the masterclass in business and community life that her grandmother taught her on her small farm at a young age.

Despite all this incredible gastronomic richness and this strong community life, Patwa lived in her small town; the Philippines in the 1980s stood at a crossroads between normalization and violence, overshadowed by severe economic decline and violence under the Marcos regime.

Patwa and her family had to leave the country, and new opportunities were forged with the incredible tenacity for hard work, which she and her family grew up seeing her grandmother who ran this small farm that helped all the community. Her first job outside of business school was with Disney ABC where Patwa created video games, clothing, and DVDs based on TV shows like Shonda Rhimes’s Grey’s Anatomy and JJ Abram’s Lost. With Patwa’s radiant and infectious personality and incredible knowledge, she quickly rose through the ranks through her resilience and hard work.

John Fogelman, who was Abram’s agent at the time and one of the owners of the William Morris agency, asked Patwa to work with him. Together they have worked on multi-million and billion dollar franchises helping Hasbro build media, film and TV out of toy franchises. Then together they decided they wanted to create something new. A television network and a lifestyle studio called El Rey, as well as a Factory Made incubator company. One of the food-related projects was helping Brad Pitt sell Miraval olive oil, an offshoot of his successful Miraval Rosé line that they produced with the 5-generation family vineyard.

“When Brad Pitt launched Miraval with the Perrin family, who have been producing some of France’s finest wines for five generations, he knew he wanted to do more with food and drink,” says Patwa.

Brad Pitt, Cris Patwa and John Fogelman wanted to share their shared values ​​through food, family and farms together to build community. After three years of ideation, research and countless taste tests, Enroot was born – a farm-to-bottle elevated tea that was created with chefs James Beard, inspired by the ancient ritual of tea , the purest ingredients grown by small organic producers. owner farmers and refined flavor profiles.

“When we came across the concept of Enroot, it was absolutely clear that it had to be done in the mind of Cris’ grandmother,” says Fogelman.

And for the founders, it was a resounding validation that Patwa’s grandmother’s philosophy laid the foundation for this brand new product category. The figures show that it is a product that the market is hungry for. According to Statista, the non-alcoholic beverage market is expected to grow annually by 5.57% (CAGR 2002-2026). While, the global Functional Beverages Market is expected to grow from USD 125.39 Billion in 2020 and reach USD 216.7 Billion by 2028, growing at a CAGR of 7.08% during the forecast period between 2021 and 2028.

“We wanted to do that in everything that we learned from Cris’ grandmother in this very divided time that we live in, it explains even more why we are doing this. We got closer when we had supply chain issues, Cris found a Filipino-run division in a glass factory in the United States, where no one could get glass except Cris Patwa, so we didn’t miss anything. It’s all been about coming together and lifting each other up. It’s so enlightening and refreshing,” says Fogelman.

And effervescent. Literally as well as figuratively. Enroot’s philosophy and ethos are certainly rooted in tradition and community, hence the name, but those fine bubbles and unique flavors that delicately hit the palate have been studied and perfected over months and years. by Chiefs James Beard. “As a chef with global influences, I have a propensity for flavor combinations that offer exciting balance and diversity. We were trying to create exciting new flavors with a nod to tradition and classics,” says Hari Pulapaka, James Beard Chef, Enroot Partner and Taste Tester.

Flavors like Raspberry, Mint and White Peony Tea, Hibiscus Peach and Jasmine Green Tea, Strawberry, Lavender, Rosemary, Tulsi and Apple, Lemon, cayenne, yerba mate. Flavors are inspired by the rich soil of the Philippines, produce from local organic farmers, the benefits of ingredients like tulsi, and how to optimize flavor pairings with foods. It is not just a simple drink, but an experience to enjoy with friends during a meal, an alternative to wine. The Enroot team secured one of the major wine distributors to get Enroot into fine dining restaurants.

“My love for tea runs deep, I grew up in an area of ​​India known for its teas, so what excites me about Enroot is that I can help people discover the depth, flavor and the intricate layers of tea in a simple at your fingertips,” says Asha Gomezx, James Beard Chef and Enroot Partner.

In order for Enroot Cold Brew Sparkling Teas to not only taste great, but also benefit from the ingredients, the cold brew process takes 20 hours to not make the final product bitter or need sweeteners. “We didn’t want it to be a soda like many iced teas have become, by taking the beauty out of the tea flavor, we want to recycle the palette to appreciate nature’s abundance,” says Patwa.

When you think of tea, the historical legacy and the beauty of the ritual that comes from ancient tradition and culture, it seems natural to bottle the experience, to help farmers have reasons to continue to produce ethically and share it with the world. “Ingredients like tulsi that we use in one of our drinks, it’s a 5,000 year old grape variety that was used medicinally in the Ayurvedic culture. Then you have those beautiful ceremonies and rituals that have been lost over time where tea masters studied for nine years to do a beautiful tea ceremony to take a moment and enjoy the luxury of being present. There is so much beauty and simplicity in honoring the flavors that nature intended. Those traditions kind of got lost as the world industrialized, and I saw that in my lifetime,” says Patwa.

“It kind of got lost, so when Brad came up with this idea, I thought it was a great way to get back to our roots and honor my roots, building a collective community, our history and what came from our ancestors, what was passed down and what I want to pass on to my 8-year-old,” she says.

From pan-fried lentil cabbage to barbecue-roasted cauliflower: 10 vegan recipes that went viral in the last week!