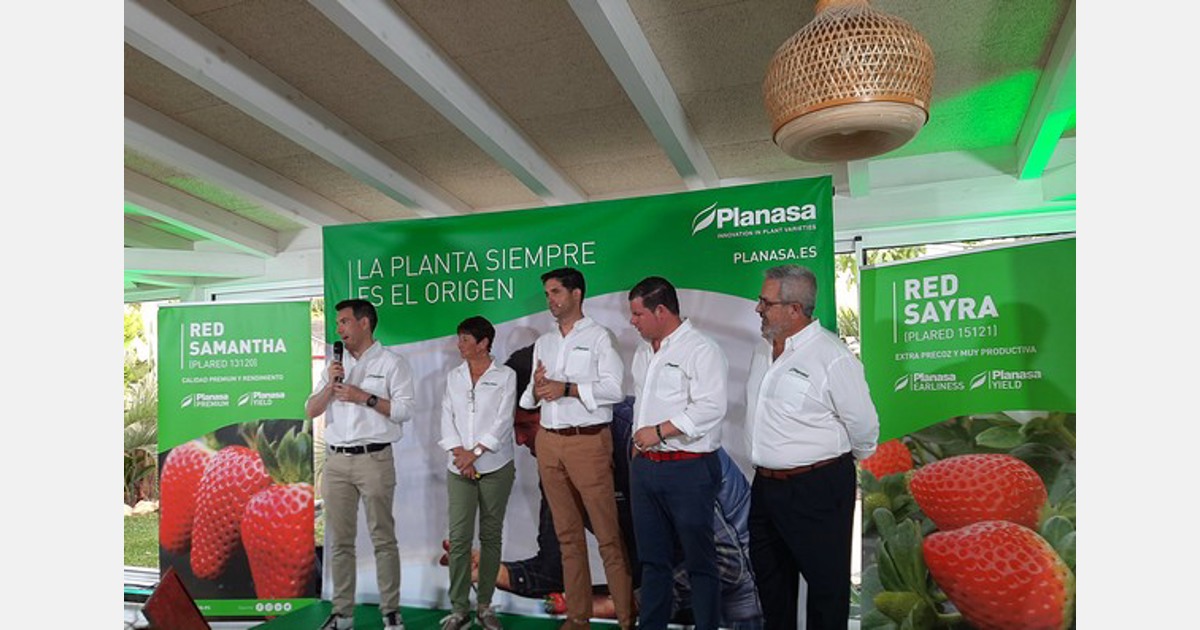 A few days ago, in Huelva, Planasa presented its new varieties of short-day strawberries for the Mediterranean region, developed by the Planasa Genetics program at the company’s R&D center in Cartaya (one of the 4 it owns in the world). This was done at an event with a number of participants that exceeded all expectations. RedSayra and Red Samantha have thus joined the wide range of strawberries developed by the world leader in berry production, offering growers two new options with unique characteristics that have the advantage of complementing each other throughout the campaign.

RedSayra: earliness and productivity
The RedSayra is the result of rapid selection work that began in the 2015/16 season. Planasa’s new variety stood out from the start for its earliness, caliber, fruit quality and ease of harvesting, said Pedro Domínguez, Planasa’s short-day strawberry breeder. “The RedSayra is characterized by a very interesting extra-early production and a good end to the season, which is also very important. It has a very linear production curve, with good-sized, conical-shaped fruits and a very attractive bright red. color, as well as a Brix value of around 8 degrees throughout the campaign.” 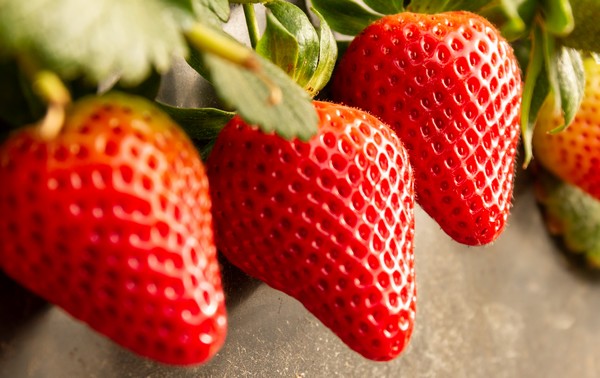 “We have been evaluating part of the program under non-sanitized soil conditions for a few years, and the RedSayra has shown a very good response and tolerance to powdery mildew. Due to its poor vegetative growth, the fruits are very well exposed, which also makes them easy to harvest.”

Its very early maturity means that the fruits can be harvested in December. Rocío Vázquez, development manager of Planasa, said that, as shown by the trials carried out internally and externally over the last 3 seasons, the extra-early production of the variety gives it access to a very favorable commercialization window. Until March 31, the average production of Redsayra stands at 550 g/plant, with an average weight throughout the campaign of 33.5 grams per fruit and a low percentage of second-order fruits. 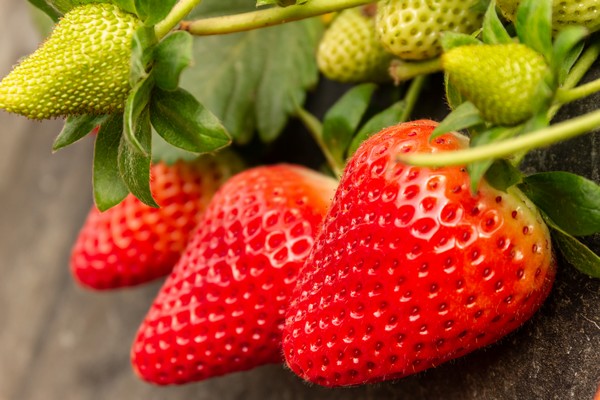 Red Samantha: yield and quality
Red Samantha belongs to the seasonal/quality segment. Like RedSayra, it has a good size, with an average fruit weight of almost 32 grams and a very low percentage of second-rate products (only 5%). The fruits have a very homogeneous shape, very good organoleptic quality, with an average of 9 degrees Brix, and good coloring in winter (notable characteristic in the trials compared to the control variety), as well as hardiness and great soil disease tolerance. In any case, the Red Samantha stands out mainly for its productivity and the high quality of its fruit, said Pedro Domínguez. 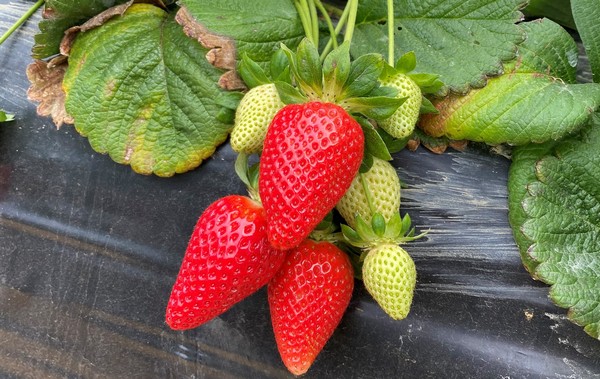 The trials confirmed that the production process accelerates from week 8, reaching more than 1 kg of fruit per plant at the end of the season, according to data presented by Rocío Vázquez. Internal and external trials have shown the productivity of Red Samantha to be 6-25% higher than the control variety.

In hydroponics, the difference with the control variety is much greater, increasing by 29% and recording a significant average yield of 80,700 kg/ha in this first season with an ongoing comparative trial.

Tastier and more attractive strawberries. And also more profitable
The organoleptic attributes of the fruit are just as important as the technical and agronomic characteristics and help determine its success in the market. For this reason, in addition to internal tastings carried out by Planasa to assess factors such as taste, texture and appearance of RedSayra and Red Samantha (in which both performed better than the control variety in their respective segments), the company has been carrying out tastings for three seasons with various leading distributors and retailers in Europe.

“For the RedSayra, we have divided the tastings into two periods: until February 28 and from March 1,” said Alfonso López, head of new product launches at Planasa. “The RedSayra obtained the most interesting results in this second period, just when there is beginning to be competition in the market. The tastings of these 3 years revealed that the RedSayra has 20% more flavor than the control variety, its texture is 15% better and its appearance is 13% better.”

“As for Red Samantha, the results are also very good. In this case, we have divided the tastings into three periods: until February 28, from March 1 to April 30 and from May 1.

Finally, Alfonso López shared an analysis of the economic performance of the new Planasa varieties, examining the average fruit prices over the last 3 campaigns alongside the average volumes of RedSayra and Red Samantha at the different stages of the campaign. This led to the conclusion that, for the grower, the average turnover of RedSayra amounts to a very interesting 99,400 euros per hectare, and that of Red Samantha exceeds 81,500 euros per hectare.

“I would like to emphasize how well the 2 varieties complement each other. RedSayra becomes productive in December, when prices reach interesting levels, with an average of 4.3 euros/kilo for the last 3 years. It continues to produce very well in January and February, when the Red Samantha starts, after which it continues with great productivity until the end of the season.The synergy between the two varieties is very impressive.

Titan Farms in Trenton supplies peaches to much of the Southeast