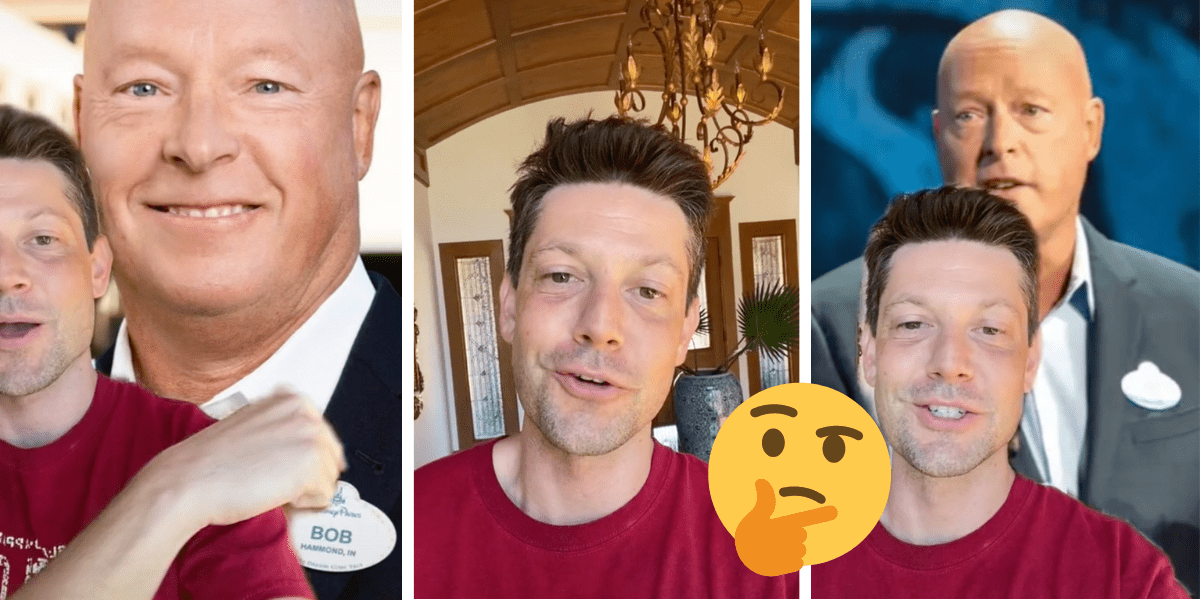 Many Disney fans are unhappy with The Walt Disney Company CEO Bob Chapek. The controversial executive replaced Bob Iger in 2020 and fans have started a petition to replace him within a year of his promotion.

Chapek has helped Disney Parks launch new EPCOT attractions such as Guardians of the Galaxy: Cosmic Rewind, Remy’s Ratatouille Adventure, and even a new land – Avengers Campus – at Disneyland Paris. It also introduced the Disney Genie app, bringing with it the controversial Genie+ system and Lightning Lane.

But ticket prices have gone up and free amenities like the Magical Express and FastPass+ are gone. The Annual Passholder and Magic Key programs at Disneyland Resort and Walt Disney World Resort have been discontinued.

One TikToker, @sayheyjames, wonders what it will take for Disney Parks fans to ditch the mouse:

It’s poll time for you Disney fans! #disney #disneyland #the world of Disney

“Now we all know that guy, Bob, sucks. He raised ticket prices to go to the parks,” James said in the video. “He’s downsized. Employees said rides break down all the time; the environment they work in is horrible. But his salary has increased.

“When is that enough for you? What’s the hard line for you that’s going to get you to say, ‘You know what? I am not renewing my Pass. I no longer visit the Parks. I got it,” James asked. “I personally thought that when annual pass holders – sorry, magic key holders – were called ‘unfavorable guests’, I thought that would be it. But I was wrong.”

Many fans said they found common ground, like Carina Jahn (@shibainugal). Jahn explained that even though his family still takes vacations to the Disney park annually, they decided to explore other attractions in Orlando, Florida instead of sticking with Disney.

“Someone has to save Disney before all the magic is gone,” @soraissassy said. Theodore Allegrini (theodorealegrin) agreed but said Disney was still their family’s happy place:

“Honestly, no idea…since Disney is more than him to a lot of us, it’s our place where we can let go…so when it’s not our happy place anymore…But the magic slides and it feels like just another theme park.”

Pam Hopkins (@p4disney) took a more positive approach. “He will be a former employee one day…and a person doesn’t affect my life. I still love Disney magic,” Hopkins wrote.

Has your family reached a breaking point with Disney?