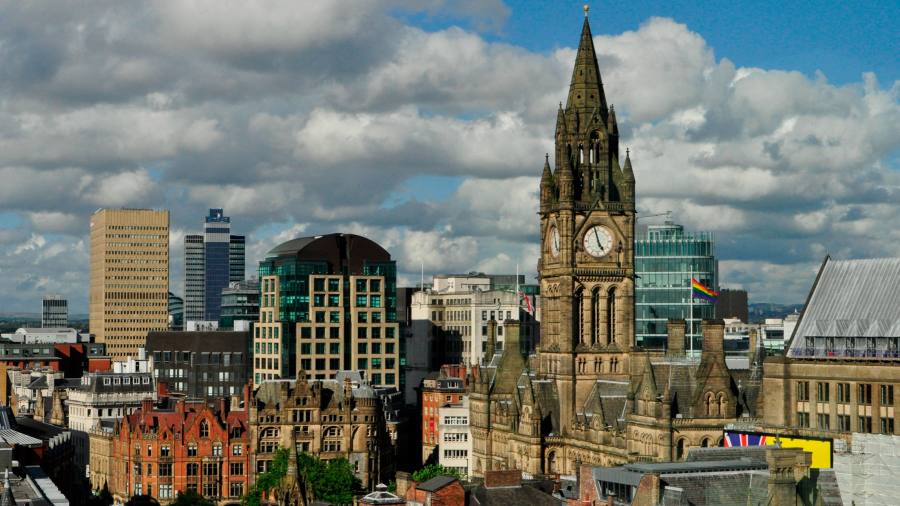 This article is an on-site version of our Inside Politics newsletter. Register here to receive the newsletter directly in your inbox every day of the week.

Hello. Richard Hughes, chairman of the Office of Budget Responsibility, will meet with Liz Truss and Kwasi Kwarteng today, which should sort it all out. The British pound briefly erased its losses due to the “mini” fiscal turmoil in Asian trade overnight. But today’s GDP figures from the Office for National Statistics show Britain is stuck in a rut, remaining the only G7 economy not to have recovered to pre-pandemic levels.

Elsewhere, the political fallout from the crisis is becoming more painful. Some thoughts on this and the output, below.

Inside Politics is edited by Georgina Quach. Follow Stéphane on Twitter @stephenkb and please send gossip, thoughts and comments to insidepolitics@ft.com.

The political situation has evolved, not necessarily to the advantage of Liz Truss: a YouGov poll for the Times reveals that Labor enjoys a 33-point lead over the Conservative party, its largest lead with any pollster since the late 1990s.

Absolutely nothing about this is surprising: Sir Keir Starmer has succeeded in draining much of the fear factor from Labour, although he has yet to create a headwind of enthusiasm behind his party (good chronicle of Seb Payne on this here).

As John Burn-Murdoch explains, the economic positions of the Truss government are well to the right of Boris Johnson’s government – and more importantly to the median British voter.

Although YouGov is at the top of the most recent polls, vs Survation’s 21 point leador the 17-point one from Redfield and Wilton, what unites these polls is more important than what divides them: they point to a serious political crisis for the Conservative party in general and for Truss in particular.

But how to get out? The Tories’ big problem with the markets is that in order for their tax cuts to avoid putting the UK’s debt level on an unsustainable path, either the UK needs higher levels of economic growth or the British state must spend less. The markets don’t really believe any of these things are going to happen.

We have a great article that explains exactly how hard it will be to pay for Kwasi Kwarteng tax cuts with spending cuts. Here is the table of keys:

I know I’m a record breaker on this, but as you can see there’s not much left to cut here, especially considering that healthcare in the UK is already facing cost pressures and that the NHS is incredibly popular politically.

The harsh truth is that the Conservatives have long run out of significant politically and socially feasible cuts, as this chart illustrates well:

See that long period of public spending cuts flattening out? It began with the defeat of George Osborne’s plans to cut tax credits and continued until Rishi Sunak handed spending ministries their first real spending increase in a decade. This long period of stagnation is not because the Conservatives gave up on spending cuts, but because attempts to do so ended in failure and setbacks.

Now you can reduce the cost of what government does through reform, and in fact, you can also improve outcomes by doing it. A major new study of health outcomes in Greater Manchester following the devolution of health services to the combined authority of the mayor by David Cameron and George Osborne in 2014 reveals that the benefits can be far-reaching:

Greater Manchester had a better than expected life expectancy after devolution. The benefits of decentralization were evident in areas where incomes were lowest and life expectancy was lowest, suggesting a reduction in inequality. Improvements would likely be due to coordinated decentralization across sectors, affecting broader determinants of health and the organization of care services.

But public sector reform is, in itself, an expensive process. Often this means making both the new system and the old work, and larger than usual injections of cash to unlock reform policy. You can do this to reduce your costs in the longer term: but in the immediate term, this does not solve the problem of the Kwarteng tax plan.

One area you could reduce is capital expenditure – as the chart shows, capital expenditure is a plot easier to cut, politically speaking, and we still have a good chunk of it. But capital spending – longer-term infrastructure spending, etc. – are a big part of how governments can encourage economic growth.

One thesis – let’s call it Truss’s thesis – is that if you push your case politically, you can get buy-in for deeper cuts in daily spending. Another thesis is that the political difficulty in pursuing spending cuts is that the remaining functions of the UK government are quite important and therefore have broad electoral support. Part of the UK’s current challenge is that markets find this latter thesis more credible.

I see no plausible way out of this crisis that does not involve reversing the Kwarteng tax cuts. It’s also possible that conservative antipathy to tax hikes means that’s not a plausible path either. If Truss wants to survive and thrive as prime minister, she’ll have to turn around or find a way to prove me wrong. A tough and tense party conference in Birmingham awaits either way.

I really appreciated strawberry mansion in the movies, which is set in a world where dreams are taxed, and a listener, tasked with recording the dreams of an aging eccentric, uncovers a plot. My partner really, really, really, really hated this. Sadly, as of this writing, there’s no tie-breaking FT review, but here are six movies to watch this weekend (my plan is to go see don’t worry darling before boarding the coach for Birmingham).

Have a great weekend, however you spend it.

Newsletters recommended for you

Swamp Notes – Expert insight into the intersection of money and power in American politics. register here

Britain after Brexit – Keep up to date with the latest developments as the UK economy adjusts to life outside the EU. register here