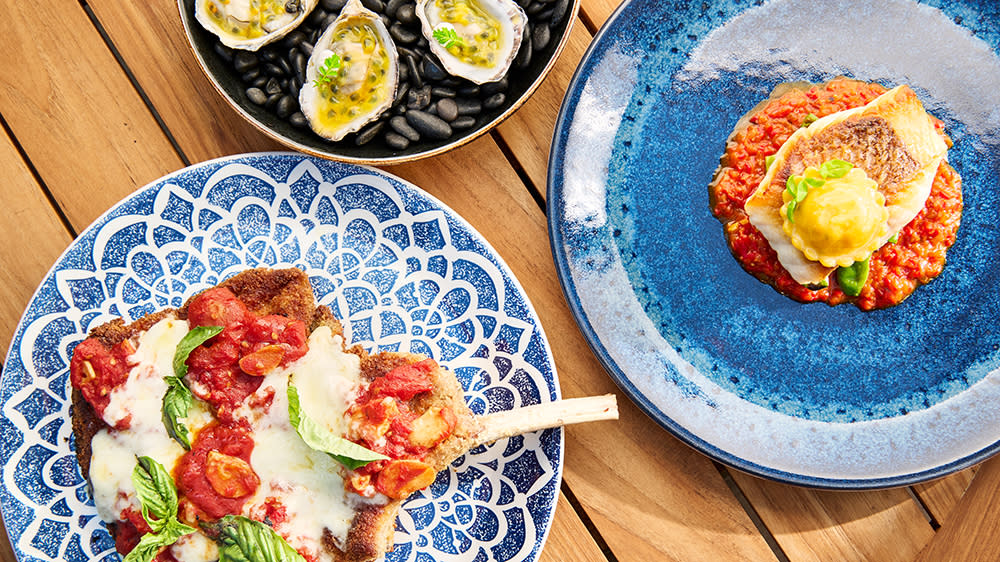 Earlier in his career, chef Dustin Falcon was working at Thomas Keller’s Ad Hoc in Napa Valley when he was tasked with collecting rosemary from a bush out front. He went out with his scissors, cut a nice bouquet, passed it on to someone else, and went on with his day – well, at least for another hour. It was then that one of the cooks went to fry the rosemary and realized that it was actually pine.

“I was supposed to come in and learn really fast and do really, really well. And I got in and got crashed and burned,” Falcon said. Robb Report. “Here I was saying that I wanted to work in one of the top 50 restaurants in the world. And in my first two weeks on the job, it seemed like I didn’t know the difference between herbs.

Falcon continued to do well, eventually earning a Michelin star at Japanese steakhouse Niku in San Francisco. And now he’s opening Rosemary & Pine, whose name is a nod to that formative incident at Ad Hoc.

Here, instead of the high-end steakhouse fare he’s become known for, Falcon turns to comfort food and the dishes he grew up eating. But he reinterprets these classics with Californian ingredients from the same suppliers he uses at his Michelin-starred restaurant, where he will still oversee the kitchen.

In practice, that means smaller plates like a crispy burrata with fra diavolo sauce, or a “grown-up version of a mozzarella stick,” as Falcon put it. And the starter he’s most excited about is the gulf snapper – which comes from where he fished as a kid – served with a gypsy pepper stew, Romano beans and lobster ravioli. “It’s just a really good balance between where I come from and where I am now,” Falcon said. Rounding out the menu are a number of pastas (tonnarelli and clams with squid ink; cappelletti with honeyed squash) and meat prepared with the same custom dry aging used at Niku.

Falcon hopes diners will see how much fun the team is having at Rosemary & Pine and take some of that fun home with them. “I don’t want it to be, Oh, food was life changing. That’s not what I’m trying to do,” he said. “I want you to come in and have a great meal and warm service. And just leave happy and have a total experience of a good time.”

Rosemary & Pine is now open for dinner, with lunch and brunch coming soon.